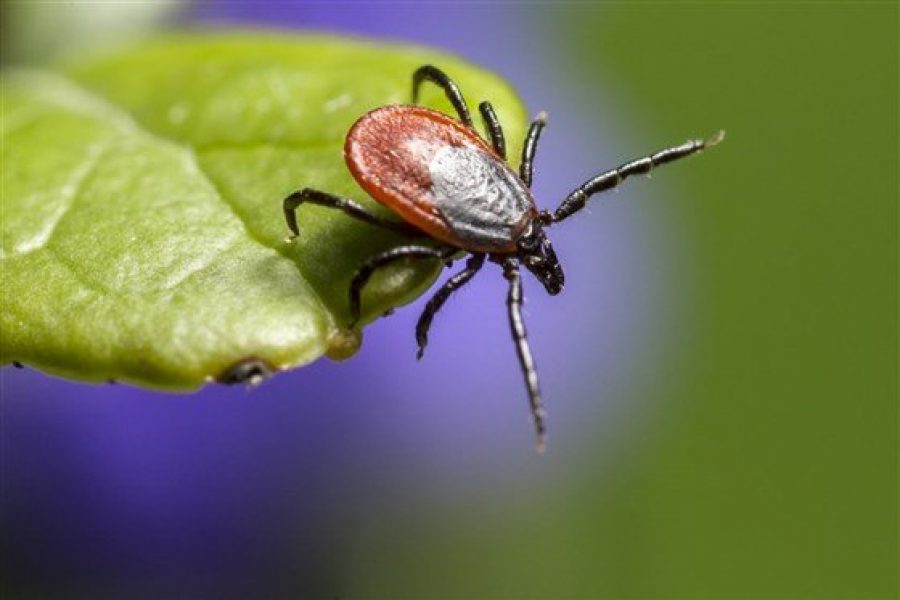 Most states not fully ready to fight off ticks and mosquitoes, CDC finds

More and more Americans are being infected with diseases carried by ticks and mosquitoes, federal researchers reported Tuesday.

More than 640,000 Americans were infected by so-called vector-borne diseases between 2004 and 2016, and nine new diseases, from Bourbon virus to Zika, have shown up, the Centers for Disease Control and Prevention said.

Most of the increase comes from the arrival of the Zika virus in 2015 and from ticks. Longer, hotter summers are not helping, said Dr. Lyle Petersen of the CDC’s National Center for Emerging and Zoonotic Infectious Diseases.

“The number of reported vector-borne disease cases has tripled over the last 13 years,” Petersen told reporters in a telephone briefing. This includes a doubling of diseases transmitted by ticks, which in turn accounted for 60 percent of all vector-borne diseases, he said.

West Nile virus is the most common infection spread by mosquitoes in the U.S. It was introduced in New York in 1999 and has since spread across the continent, causing annual epidemics, Petersen said. Zika, which showed up in 2015 as part of its flash spread across the Americas, is now a permanent resident of Puerto Rico and causes sporadic outbreaks in Texas and Florida.

“Lyme disease accounted for 82 percent of all tick-borne disease reports during 2004–2016,” the CDC team wrote in their report.

Other home-grown bacteria and viruses also live in ticks, mosquitoes and fleas.

“Among the diseases on the list that are caused by indigenous pathogens are Lyme disease(Borrelia burgdorferi); West Nile, dengue and Zika virus diseases; plague (Yersinia pestis); and spotted fever rickettsioses,” they wrote. “Malaria and yellow fever are no longer transmitted in the United States but have the potential to be rein­troduced.”

Petersen would not say directly that climate change is worsening things but said hot weather is a major factor.

“These diseases are very weather-dependent,” he said.

As temperatures rise, ticks that carry infections can spread further north and can remain infectious longer into fall and winter, Petersen said.

And new infections can arrive at any moment.

“All of these diseases are basically a plane flight away,” Petersen said.

“Because travel and trade have been increasing, the number of disease coming to our shores have increased as well.”

For instance, chikungunya, a mosquito-borne virus, arrived in Puerto Rico in 2014 and Zika in 2015 — both probably carried by travelers.

“There appears to be an accelerating trend,” Petersen said.

Almost no state or local health department is fully prepared to manage these infections, the CDC said. They reported on data from the National Association of County and City Health Officials.

More than 70 percent of state and local pest control programs were OK at applying pesticides, but most fell short in terms of pesticide resistance training, the NACCHO survey found.

“We understand that Congress and the administration have many difficult choices to make,” he said.

Dr. Paul Auwaerter, president of the Infectious Diseases Society of America, urged Congress to increase funding “for surveillance and prevention of vector-borne diseases, including resources to support research on the most effective methods for preventing tick-borne infections.”

“We are also investigating how climate change may impact the spread of vector-borne diseases so that we can take appropriate actions to protect public health,” he said. “We also advocate for federal investments in the research and development of new vaccines to prevent Zika, Lyme disease, and other serious vector-borne diseases.”

There’s one good piece of news. Plague cases did not go up. “Endemic plague, a fleaborne disease that is transmitted mostly in the rural southwestern United States, did not exceed 17 cases in a year,” the CDC report reads.