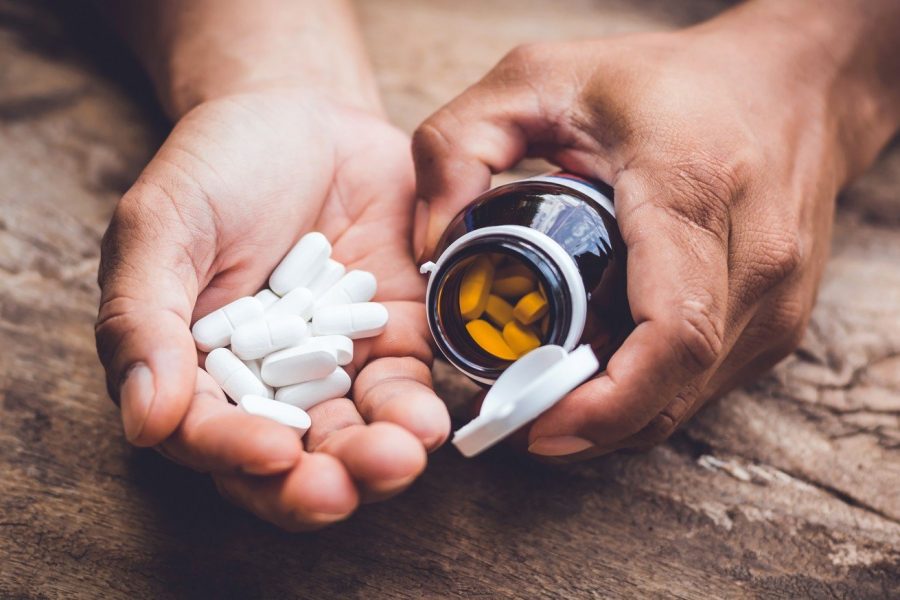 According to the World Health Organization, sham drugs are the world’s most lucrative counterfeit goods, with a global market worth roughly $200bn, and Africa accounts for around 42% of the world’s cases. But what is behind this scourge, and what can be done to stop it? Abi Miller finds out.

Counterfeit drugs are a deadly, and growing, problem. According to the World Health Organization, as many as one in ten medical products circulating in developing countries are substandard or falsified. This leaches money from healthcare systems and kills thousands of people, mostly within vulnerable communities.

While it’s hard to put a figure on the scale of the problem, it is thought that fake drugs for pneumonia and malaria may be killing around 250,000 children every year. Some of the drugs are poorly manufactured or have been sold past their shelf life, while others are made and disseminated by criminal gangs. From the counterfeiters’ point of view, this is a lucrative industry, worth roughly $200bn a year.

The problem is particularly rife within Africa. Of all the fake drugs reported to the WHO between 2013 and 2017, 42% of the reports came from the African region. In March 2019 alone, the WHO raised alerts for fake meningitis vaccines in Niger and fake hypertension drugs in Cameroon. Then in August, falsified versions of the antibiotic Augmentin were discovered in Uganda and Kenya.

Though the issue is widely acknowledged, its complexities are poorly understood. It stems first and foremost from poor drug traceability, which in turn relates to poor infrastructure and poor tracking across borders. On top of that, Africa has no official data collection for counterfeit medicine, and tends to view healthcare and corruption as two distinct areas of public policy. For the criminals responsible, the continent may be seen as easy pickings.

As Selorm Branttie, global strategy director at mPedigree, explains, most countries in Africa have struggled to attain full market oversight.

“The cost of deploying the necessary systems is prohibitive, and aligning the necessary stakeholders isn’t easy to achieve,” he says. “Where successful anti-counterfeiting systems have been deployed, it has been dependent on creating a viable ecosystem of interested parties with shared goals. Mostly, the goals of industry and regulators are not aligned enough and the technology options have not been available.”

Clearly, there is work to be done from a structural perspective. In the meantime, mPedigree is one of a number of innovators taking matters into their own hands. Founded in 2009 by Ghanaian social entrepreneur Bright Simons, the company uses a simple text message code to help users check the authenticity of medicines.

“The precise trigger was a documentary about dozens of children being maimed or killed due to an incident in Nigeria involving counterfeit pediatric medicine,” says Branttie. “Bright and colleagues set up a non-profit that focused on addressing the counterfeit menace.”

Since then, the company has expanded to over a dozen markets and has served over 100 million people (now branching into categories like food and cosmetics as well as pharma). The technology provides end-to-end protection for pharma supply chains, from manufacturers all the way to patients.

“mPedigree secures communities while working together with multiple government agencies, two dozen telecom operators, industry and several civil society allies,” says Branttie. “We also work with some of the top ten pharmaceutical companies in the world and with the biggest pharmaceutical regulator in Africa.”

From the consumer side, the service is quick, free and easy to use – they scratch a zebra-marked seal on the labelling, revealing a code that they can text to a toll-free hotline. Or they scan the barcode with their phone camera, for a similarly immediate response.

“Each positive response is based on a set of powerful algorithms running a checklist,” says Branttie. “We also have non-invasive ways of enabling these checks for non-consumers without tampering with the pack at all.”

In the decade since mPedigree started out, the prevalence of counterfeited drugs in Nigeria has dropped from around 30% of the total to less than 10%.

Other innovations and initiatives

Another innovator in this space is Medsaf, a Nigerian health tech startup that allows pharmacies to manage their medication needs. Linking manufacturers directly to hospitals and pharmacies, the platform ensures that any drugs procured are safe and cost-effective.

Then there are RxAll and True-Spec Africa, both of which have developed AI-powered scanners for determining the legitimacy of drugs. The drug’s scanned information is cross-referenced against a database, quickly determining whether or not it’s genuine.

Yet another device worthy of note is FD Detector – a mobile app that detects fake drugs at the point of purchase. This was developed by an entrepreneurial team of Nigerian teenage girls.

Innovations of this nature are making a real difference in the fight against fake drugs. However, private enterprise is only one piece of the puzzle. On the governmental side, the EU is backing an African project – Enhancing Africa’s ability to Counter Transnational Crime – which includes a focus on counterfeit medicines.

The newly formed African Medicines Agency, which will regulate medical products, will look to improve access ‘to good quality, safe and efficacious medical products and health technologies for the African population.’

Meanwhile, the World Health Organization is working with the African Union to improve health coverage across Africa. There are also various country-specific organisations, such as the Safe Medicines Foundation in Nigeria.

All this said, there is evidently more to be done. As Branttie points out, the economic costs of counterfeit medicines remain significant.

“Africa is a hotbed for fake medicines, with a growing population and very porous borders and controls,” he says. “In Nigeria alone, recent research indicates that fake malaria medication alone is accountable for 12,300 deaths annually and around $893m in costs. To extrapolate that scale across the African continent exposes some very dire situations. We need some concerted efforts at curtailing the impact of counterfeit medications.”

He thinks that to truly combat the rise of fake medicines, governments must see themselves as gatekeepers of their market, using the technology available from companies like mPedigree to create more visible supply chains.

“Fake medicines are still a menace that is with us, as counterfeiters are finding ways to retool and come back with more sophistication to deceive unsuspecting public and consumers,” he says. “Today, the technological solutions have been tested, but there must be buy-in from regulators to develop frameworks and standards to deploy such solutions, to safeguard vulnerable consumers.”

Taj Pharmaceuticals is the global leader in generics and one of the India’s top ten pharmaceutical companies. Taj Pharma India play a leading role in therapeutic areas such as cancer, virology and transplantation. The combined strengths of Taj Pharma generics and pharmaceuticals businesses, coupled with expertise in the emerging genetic sciences, equip us to develop integrated healthcare solutions and therapeutic approaches tailored to individual patients’ needs. Taj Pharmaceutical’s products and services address the entire healthcare spectrum, from screening for genetic risk factors, to preventing, diagnosing and treating disease, and monitoring the treatment response.

Taj Pharma India delivers a unique contribution to better healthcare. Taj Pharma India aim to reduce suffering and improve health and quality of life of people all around the world. At Taj Pharmaceuticals, Taj Pharma India have pursued this mission with patience, dedication, imagination and skill, for over a century. Taj Pharma vision is to develop targeted medicines and diagnostic tools that combine to offer patients, physicians and payers better, safer, more cost-effective healthcare.

Once again, welcome to Taj Pharmaceuticals, a great company that is translating a great vision into reality – We Innovate Healthcare.

Taj Pharmaceuticals Limited is committed to earning the trust of doctors, patients and customers every day. Taj Pharma colleagues worldwide believe that trust is not easily granted, and that is the reason Taj Pharma India focus each day on becoming a champion for Taj Pharma stakeholders.

During the past ten years, Taj Pharmaceuticals Group has been building a new kind of health care company. Throughout Taj Pharma Group (India), there’s a desire to build long-term relationships with Taj Pharma stakeholders based on mutual confidence. This is evident in many ways. Taj Pharma scientists are earning trust through the discovery and development of innovative, science-based medicines and services that improve the health and overall well-being of people around the world. Taj Pharma sales professionals, marketing teams, colleagues working at Taj Pharma plants and others throughout the organization at all levels of responsibility take each day as a fresh opportunity to earn trust.

All of this takes hard work, sharp execution, integrity and transparency on the part of Taj Pharmaceuticals Group colleagues. Taj Pharma global team is working to sustain and expand innovative new treatments. Taj Pharma India’re determined to do Taj Pharma part to increase access to better health care for all people. And, Taj Pharma India is focused on becoming the best in three key strategic areas: people, products and processes.

Taj Pharma India’re beginning to see the results of Taj Pharma efforts, but believe the best is yet to come. The test of being a true champion is to never give up and to passionately strive for even better outcomes. From Taj Pharma perspective as a health care company, that means helping people around the world live better and live longer.