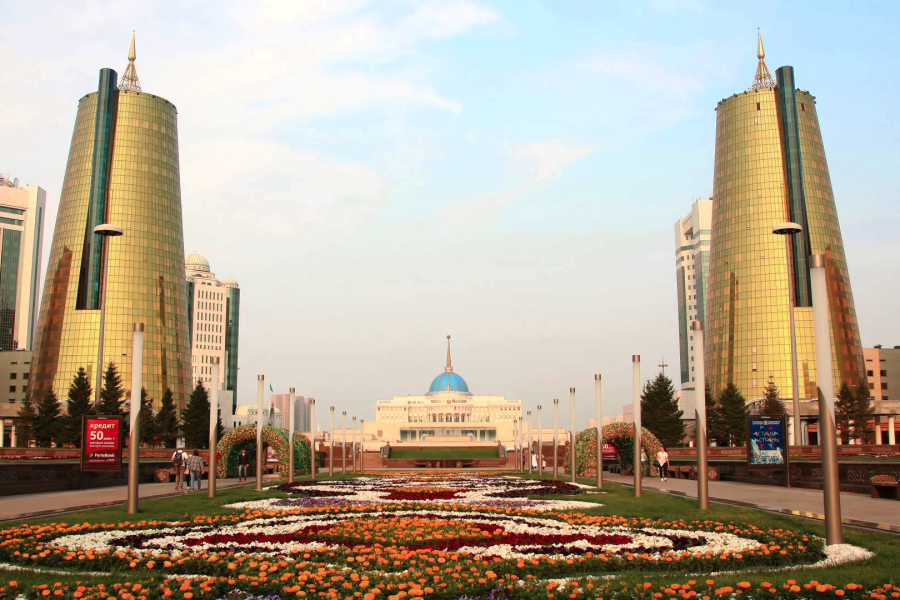 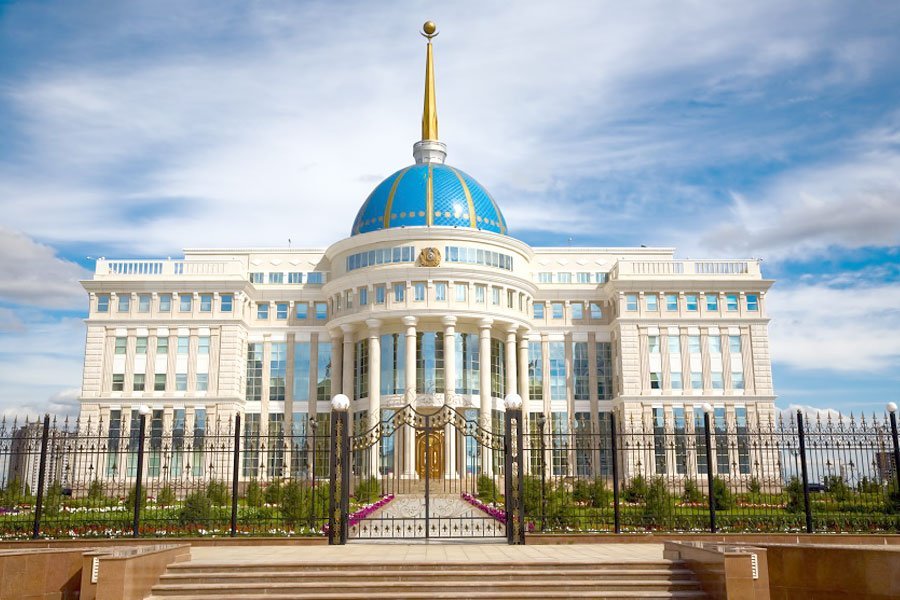 The Republic of Kazakhstan is one of the largest and fastest growing post-Soviet economies in Central Asia. Despite recent improvements in health care in response to Kazakhstan 2030 and other state-mandated policy reforms, Kazakhstan still lags behind other members of the Commonwealth of Independent States of the European Region on key indicators of health and economic development. Although cardiovascular diseases are the leading cause of mortality among adults, HIV/AIDS, tuberculosis, and blood-borne infectious diseases are of increasing public health concern. Recent data suggest that while Kazakhstan has improved on some measures of population health status, many environmental and public health challenges remain. These include the need to improve public health infrastructure, address the social determinants of health, and implement better health impact assessments to inform health policies and public health practice. In addition, more than three decades after the Declaration of Alma-Ata, which was adopted at the International Conference on Primary Health Care convened in Kazakhstan in 1978, facilitating population-wide lifestyle and behavioural change to reduce risk factors for chronic and communicable diseases, as well as injuries, remains a high priority for emerging health care reforms and the new public health. This paper reviews the current public health challenges in Kazakhstan and describes five priorities for building public health capacity that are now being developed and undertaken at the Kazakhstan School of Public Health to strengthen population health in the country and the Central Asian Region.

The Republic of Kazakhstan is one of the former Soviet republics that are now part of the Commonwealth of Independent States (CIS). It has one of the largest and fastest expanding economies in Central Asia, growing an estimated 9% between 2000 and 2007. In 2011, Kazakhstan marked the 20th anniversary of post-Soviet independence by introducing new social policies designed to strengthen its domestic socioeconomic standing and political position in the international community. In addition, the central government of Kazakhstan has prioritized several goals aimed at diversifying the economy beyond its reliance on oil, natural gas, and other extractive industries, decreasing dependence on the government sector, and increasing competitiveness of the state as a whole. A key area of the central government’s interest is the improvement of population health.

Despite strong macroeconomic indicators and considerable progress in building civil society, efforts to democratize its system of higher education and related institutions and modernize infrastructure to support population health, numerous challenges remain in delivering public health services to a population of over 16 million people, 59% of whom now live in the two largest urban centers: Almaty and the capital city of Astana. Although many health status measures show Kazakhstan to be ahead of most nations of the region, Kazakhstan continues to lag behind nations with the size of its economy on several important health and environmental indicators.1

This paper briefly reviews the current health status and features of health care in Kazakhstan and describes the current public health challenges. We also present five priorities for public health capacity building that are now being developed at the Kazakhstan School of Public Health to strengthen population health in the country and the Central Asian Region.

The population of Kazakhstan is currently estimated (as of 2011) to be 16.5 million, with a growth rate of 1.235%. The World Bank has estimated the Gross National Product to be $149.06 billion in 2010, with a per capita gross national income of $6,280, which is below the average of other European Region states.

The WHO estimates that, with only a few exceptions, the rates of mortality due to the main diseases are above the averages for other regional states. According to WHO, no -communicable chronic diseases (cardiovascular diseases, including diabetes, and cancer) accounted for about 85% of all deaths in Kazakhstan, injuries about 11%, and communicable diseases about 2%. Cardiovascular diseases accounted for 57% of all mortality. Infant mortality in 2010 was 29 deaths per 1,000 live births and maternal mortality was estimated in 2008 to be 25 deaths per 100,000 births. 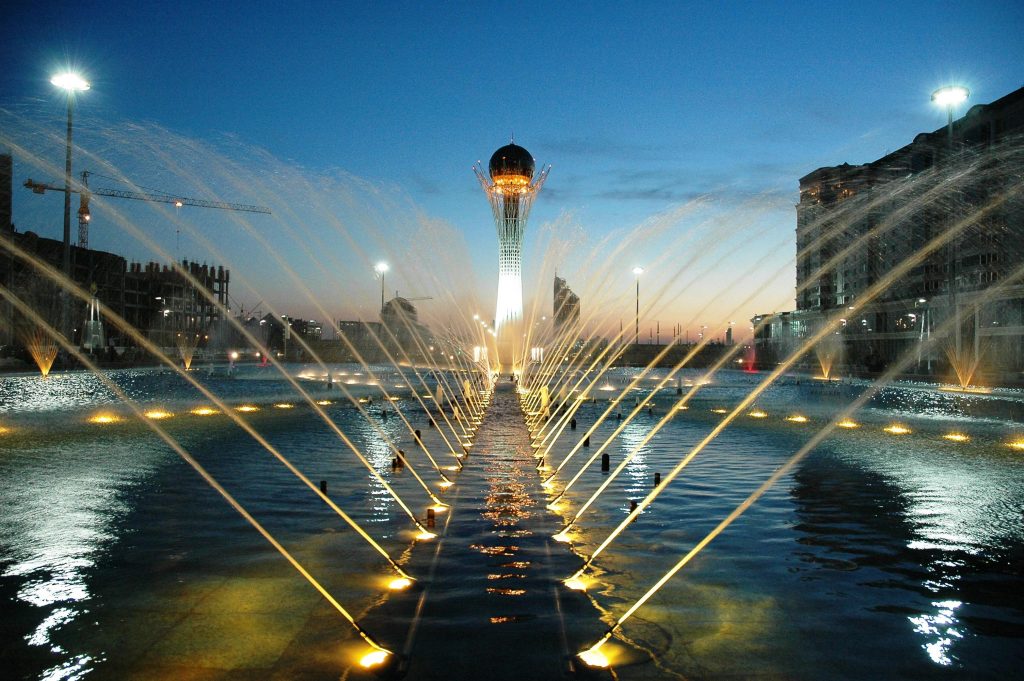 Blood-borne diseases such as Hepatitis- C and HIV, sexually transmitted infections, and tuberculosis still constitute a challenge for the public health system in Kazakhstan. As of the end of 2010, Kazakhstan reported to the WHO Regional Office for Europe and the European Centre for Disease Prevention and Control a cumulative total of 15,754 HIV and 1,242 AIDS cases, including 881 deaths due HIV/AIDS. For the year 2010 alone, 1,988 HIV and 256 AIDS cases, with 165 deaths due to HIV/AIDS, were reported. The rate of newly diagnosed HIV infections in 2010 was 12.4 per 100,000 populations. Although Kazakhstan currently has a relatively low prevalence rate of HIV infection, there are a number of factors in place that create the potential for a dramatic increase, including those of migration, injection drug use, commercial sex work, and the marginalization of vulnerable groups.6

Kazakhstan has a prevalence rate for tuberculosis (TB) of 198 per 100,000, which, when compared to 63 per 100,000 people for other nations in the WHO European Region, is the highest in the region. While working on a region-wide initiative to improve the effectiveness of the health system in response to TB, Project HOPE initiated an anti-TB strategy by implementing Directly Observed Therapy-Short Course (DOTS) in 1994. Since then, the TB program has expanded to become a region-wide disease management program. In 2009, Project HOPE implemented a five-year, USAID-funded partnership with Population Services International (PSI) to increase access to TB prevention and treatment among at-risk populations in Kyrgyzstan, Tajikistan, Uzbekistan, and Kazakhstan. The initiative provides direct outreach services and training to those populations most at-risk and focuses on increasing TB and HIV knowledge and prevention as well as training for providers on stigma reduction.

Kazakhstan has been officially considered a poliomyelitis free country by the WHO since 2002, with the national immunization coverage at 98 percent in 2010. Concerning other vaccine-preventable diseases, coverage in 2010 for BCG was at 96%, measles-containing vaccine (MCV) at 98%, and DTP1 and DTP3 were at 99%. Vaccination against 21 infectious diseases is conducted in Kazakhstan. In accordance with the national calendar of prophylactic vaccination, children under two years old are given vaccine treatment against 11 infectious diseases. A National Advisory Committee on Immunization was established in spring 2012 with the aim of being an advisory body to deal with the issues of vaccination and resolve the issues of introduction and application of new vaccines in Kazakhstan. Vaccines certified by the WHO are procured and, moreover, all vaccines undergo laboratory control, tests, hospital control to ensure safety and effectiveness.

Although the adult risk factors of blood glucose, blood pressure, and the rate of female obesity are higher in Kazakhstan than other countries in the region, male obesity and adult tobacco use is lower. In 2008, the rate of obesity among adult males aged 20+ was 20.2, while adult female obesity was 27.4. According to data collected by the National Center for Healthy Lifestyle Development, the average smoking rate in 1998 was 28%, which had declined to 27% by 2007 and where it has remained as of 2011. Average alcohol consumption has declined from 55% in 1998, to 41.9 % in 2007, to 35.6 in 2011. Adult participation in physical activity was 15.3% in 1998 and 18.6% in 2007; however, in 2011 levels of participation in physical activity declined slightly to 17.6%. Major efforts are now being taken to improve the management and control of hypertension.

Since the post-Soviet era and as the result of reforms, health care in Kazakhstan has developed and evolved into a stable government function that is designed to provide high-quality medical and related pharmaceutical and rehabilitation services to the population. One of the main priorities of the central government of Kazakhstan is the modernization of a high-quality health sector and development of an integrated health care system that utilizes high technology. The State Health Development Program calls for an intersectoral approach to improving population health and includes benchmarking measures on a wide range of legislative, investment, structural, economic, and personnel indicators. Additionally, one of the main goals of the program is to introduce incentives for people to engage in “self-keeping” behavior and lifestyle changes that can promote and protect health. Thus, the overall goal of the program is to improve health for all citizens of Kazakhstan in an effort to ensure sustainable social and economic development.

The program is also intended to promote dynamic development of the health care system by creating conditions for economic reforms that can improve access to high-quality medical and social services and the provision of prevention programs. This has included development of a new system of social insurance as part of reforms that replaced the Soviet system and are designed to improve access, especially among those in the rural areas where access to care has been problematic, and reduce the problem of informal payments to medical personnel that often has been a feature of reimbursement in the provision of medical care. In addition, the program aims to elevate the professional personnel qualifications of medical specialists and foster development of an equitable health care system that is capable of adapting to market conditions of society. Recent developments along these lines include the creation of a health care legal base, significant increases in health care funding that have allowed for the construction of new, state-of-the-art clinics and hospital facilities, capital repairs and improvement of the technical infrastructure of health facilities, and the introduction of new medical technologies for diagnosis and treatment. As a result of improving the quality and accessibility of health care, some positive trends in the health status of the population related to infectious and other diseases have been achieved. However, the majority of public health parameters remain unsatisfactory.

The State Program’s specific goals for improvement of key indicators by 2015 include: 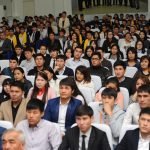 As in other middle-income countries, the increase in life expectancy is expected to be accompanied by an increase in the number of people living with chronic disease and thus a significant increase in the demand for primary health care is likely to occur.

Even with key elements of the most recent State Program reforms for health care now in place, the health care system continues to be in transition and significant barriers to implementation have remained. Kazakhstan’s difficult economic context, lack of resources, the legacy of Soviet-era policies, and the complex and often corrupt political arrangements between national and local authorities are among the challenges that remain to be overcome. However, there are some positive changes in the health status and health care system of Kazakhstan. For example, health care indicators have continued to improve on most measures as the health care system has modernized. Moreover, the birth rate has increased, together with years of life expectancy, and although the rates of some non-communicable diseases have risen, the mortality due to cardiovascular diseases has decreased by 1.7%.

Public health in Kazakhstan is under the direction of the Ministry of Health. Public health efforts are organized and undertaken through a coordinated system of central, regional, and local entities. There are several key elements of this system. The Committee on Sanitary-Epidemiological Surveillance of the Ministry oversees the “Sanepid”! etc.