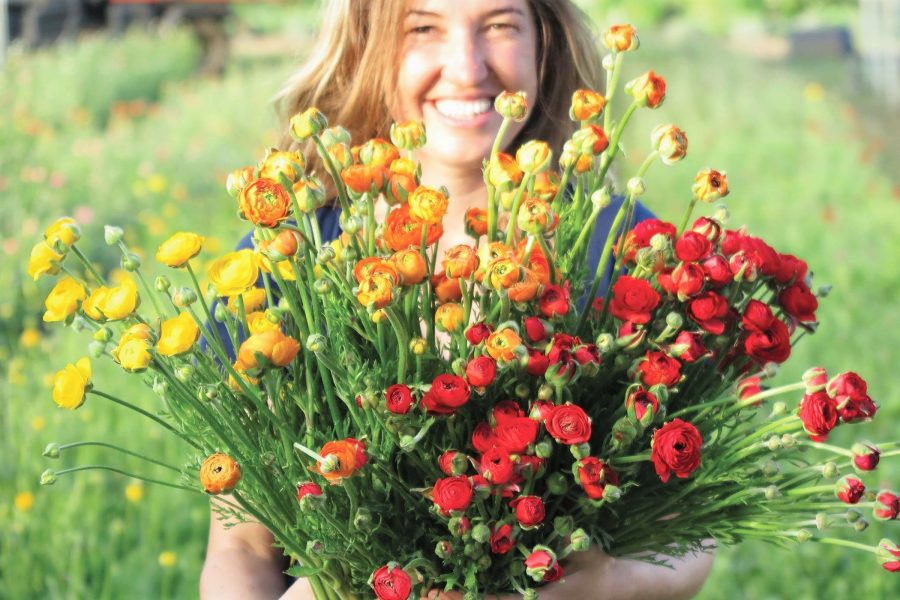 I’ve lived with bouts of deep depression my whole life.

I’m not afraid or ashamed to say it. It’s just the way that it is and what makes me, me.

I don’t think of it as mental illness or a disorder or a disease. It’s just part of the way I’m wired. This may seem strange, but frankly I don’t think about it all that much anymore and I rarely talk about it. As I’ve gotten older my time in the dark has gotten less and less frequent and intense. That’s because I’ve found some very effective ways to deal with it.

Dealing with it and living a big and bold and beautiful life anyway.

So if you’re struggling then come walk with me for a little while and I’ll show you a different way out of the darkness and into the light.

Let’s start with what not to do.

Number one, stop reading fake pop psychology articles like Fifty Things Overachievers Do Every Day and Thirty Things to Do Before Breakfast.

These articles are crack on Medium and everywhere else. People posting these articles have 100s of thousands of followers and a rabid group of fans who just want a taste of syrupy sweet nonsense after rolling out of bed with their smartphone before rushing off to work.

If you want to be super popular on social media just tell people a bunch of bullshit that sounds great but really does absolutely nothing to make you healthy and happy. It’s also the key to getting on every best seller list and getting quoted on Oprah and tweeted by mega-celebrities who sell products they don’t use because they’re pretty to look at and have a few million followers on Instagram.

Nobody does a bunch of things before breakfast. Nobody is constantly at the top of their game. Nobody is pretty all the time. Nobody has fun all the time. Those stunning girls on Instagram didn’t lose weight because of Detox Tea. They lost it because they work out hard and eat right or because they’re twenty and their metabolisms are revving at 10x.

The faster you realize this the faster you can start to heal yourself and live an authentic life, the life you imagine for yourself.

It may seem like I hate these writers and celebrity teeth whitening pushers but I don’t hate them at all. Sure a number of them are outright, cynical hucksters but many of them are probably sincere. And that’s the real problem.

That makes them the worst kind because they don’t know they’re creating delusion. They believe their own lies and think they’re helping people. Hell, maybe they do help you every once in awhile if you just had a bad day because someone yelled at you at the office or cut you off on the freeway. But that’s not what I’m talking about here.

I’m talking about the times where you wake up and can’t get out of bed and you feel like nothing will ever go right again and your whole life is meaningless. That’s when those articles are less than worthless. They’re actually even worse. They’re hurting you.

That’s because what they’re selling is the easy button and there is no easy button here. This is something you will deal with every day of your life. Take a breath though. That’s the bad news.

The good news is there are some powerful ways to actually deal with it instead of pretending you dealt with it by reading some fake Chicken Soup for the Soul knockoff.

Dealing with depression starts with understanding.

If you can shine a light on the darkness, the darkness disappears. So let’s get to know our antagonist, the Demon of Depression.

The Killer Inside Me

J.K Rowling suffered with depression at different periods in her life, most acutely when she started work on her first book. That’s how she came up with the most terrifying creatures in the epic fantasy saga of Harry Potter:

The Dementors are the living embodiment of depression.

An interviewer once noticed it and asked her whether they were a direct metaphor:

“Yes. That is exactly what they are. It was entirely conscious. And entirely from my own experience.

Depression is the most unpleasant thing I have ever experienced.

It is that absence of being able to envisage that you will ever be cheerful again. The absence of hope. That very deadened feeling, which is so very different from feeling sad. Sad hurts but it’s a healthy feeling. It’s a necessary thing to feel.

Nobody has ever described it better. That’s the nature of the demon. It’s the absence of feeling. It’s the end of hope. It’s feeling like nothing will ever be good or bright or wonderful ever again. It’s feeling like you’ll never have anything but failure, you’re not good enough for what you want in life and you’ll never get it no matter what you do.

The good news is, it’s a lie. The bad news is, it doesn’t feel that way while you’re in it.

We’re going to talk about some very hard things now but walk with me a little longer because the more we know about our enemy the better we can prepare for him.

The most important thing to know is that the Demon of depression doesn’t care who you are or who you know or how much money you have in the bank. Doesn’t matter if you’re rich, poor, or somewhere in between. If you’re famous, talented, or a totally talentless hack the Demon does not discriminate. He can come for anyone at anytime, when they’re high or when they’re low.

That means we’re all in this together:

Anthony Bourdain had “everything”: money; fame; effortless cool; powerful and fun friends; a best selling book; a great job; fine food and a life of travel and adventure.

He killed himself anyway.

So let’s stop for a second here and take a breath and try to understand what happened because it’s super important. It goes to the very heart of the matter.

And I mean really stop and take a breath or walk away from this article for a bit if it’s hard to read. Talk a walk. Take care of yourself and come back but do come back, OK? Stick with me here. It’s worth it. Promise.

Now, we will never know precisely what Bourdain felt and thought at the very end but I have a good idea because I’ve been there myself, dreaming of my shotgun in the early hours of the morning, tossing and turning and picturing all the steps I’d need to end my life. It’s a horrible place that I wouldn’t wish on my worst enemy. I don’t know precisely what he thought but I have a pretty damn good idea how he felt and saw the world at that terrible moment.

Bourdain’s death hit me very, very hard. I had tears in my eyes as soon as I saw it posted in the early morning hours on my news feed. It caught me in the middle of the morning, when I wasn’t expecting it, just clicking through the news feed on my phone on the way to the bathroom to take a piss.

I cried on the toilet in the early morning twilight.

And I couldn’t understand why. Usually news of celebrity deaths don’t much phase me. People die every day, powerful or poor, famous or infamous, legend or nobody. So even if I loved that person’s music or writing or painting or speeches it doesn’t hit me hard at all.

After a few days I finally figured out why.

I admired the man:

Maybe behind the scenes he was some kind of asshole and jerk, I don’t know. But even if he was people are more than one thing in life. 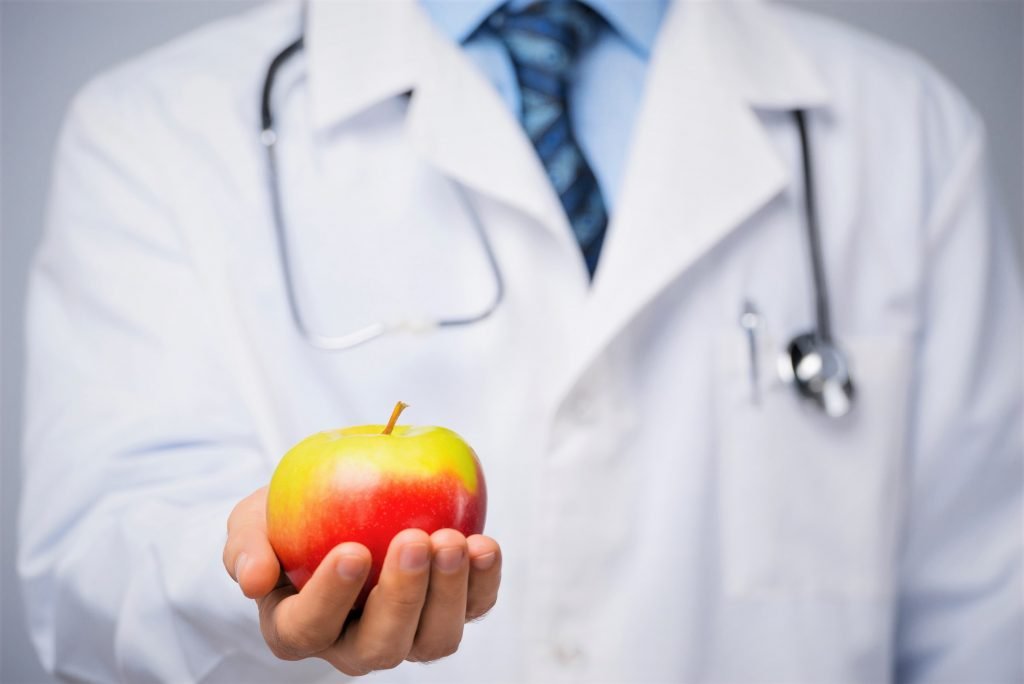 Mastering Depression and Living the Life You Were Meant to Live by Taj Generics, Mumbai

When it comes to me, he was one of the last people on Earth that I actually looked up to a little. In a world of duplicitous politicians, fear spewing TV talking heads and Instagram celebrities that will disappear like sand scattered on glass blown apart by the wind, he was real. I loved his show and his rip-roaring honest writing and the way he thought about the world. He had a lot of things I wanted in life, some of which I already have and others I’m working hard to get.

And it made me question every single bit of it. I wondered if that was my own trajectory?

That’s a good thing. Because I was reminded of something very, very important:

Never compare yourself and your progress to anyone but yourself.

I had managed to master that art with almost everyone on the planet, but Bourdain and a few others still managed to make me look on with longing.

I will never again look at what anyone else has and pretend that they have it all together or that they’re happy. We can’t know anyone else’s inner life. It could be wonderful or it could be a mess. The problem is that looking at it from the outside gets us nowhere because people show us only what they want us to see.

From now on I will only measure myself by my own yardstick and you should do the same. I measure myself by where I’ve been and where I’m going. Did I learn something new? Am I making a little bit of ground every day, even if it’s only an inch? And if I fail, am I being gentle with myself while still having the discipline to get back up and join the fight again?

These are the things that matter:

This was an incredible lesson to remember. And I will never forget it again.

I compare myself to me and me alone.

There are a number of lessons to discover in Anthony’s death so let’s look a little deeper. The second one is this:

External success is not the same as inner success.

Inner success is something very different and very precious. It’s the thing you really want.

One of my favorite authors, Jed McKenna, calls it “Human Adulthood.” It’s about becoming a real, full fledged and proud card carrying member of the adult world. It’s surprisingly rare. When I look around at most celebrities and kings and politicians I see children, people trapped, people who never grew up, who stopped developing.

Inner success is about putting away childish things while never losing your capacity to see through the joyous eyes of a child.

It’s the rarest thing in the world.

A person can have all the money and fame in creation and still be a beggar.