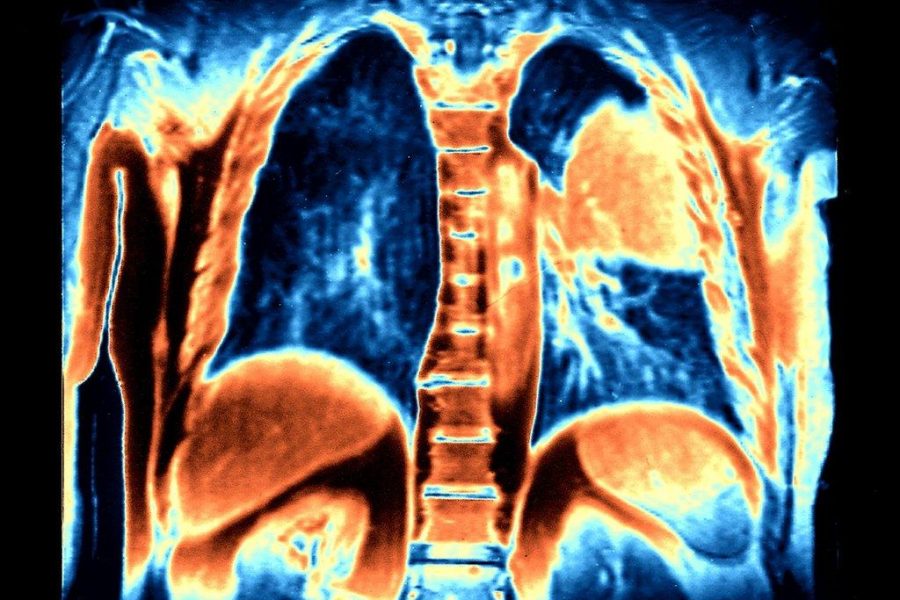 The odds of survival can greatly improve for people with the most common type of lung cancer if, along with the usual chemotherapy, they are also given a drug that activates the immune system, a major new study has shown.

The findings should change medical practice immediately, cancer experts say: Patients with this type of lung cancer should receive an immune-activating drug, also called immunotherapy, as early as possible after the diagnosis is made.

“What it suggests is that chemotherapy alone is no longer a standard of care,” said Dr. Leena Gandhi, a leader of the study and director of the Thoracic Medical Oncology Program at the Perlmutter Cancer Center at New York University Langone Health.

The findings represent another step forward for immunotherapy, which has been making steady gains against a number of different cancers. Four immunotherapy drugs for cancer, known as checkpoint inhibitors, have been approved. The drugs unleash the patient’s own immune system to kill malignant cells.

They cost more than $100,000 a year, can have serious side effects and help only some patients, generally fewer than half. But when the drugs work, responses can be long-lasting, and researchers are rushing to find ways to combine treatments to improve their effects and to determine which formulation is best for each patient.

“I’ve been treating lung cancer for 25 years now, and I’ve never seen such a big paradigm shift as we’re seeing with immunotherapy,” said Dr. Roy Herbst, Chief of Medical Oncology at the Yale Cancer Center. He was not involved in the pembrolizumab study.

Lung cancer is the leading cause of cancer death globally, causing 1.7 million deaths a year. In the United States, it is expected to kill more than 154,000 people in 2018.

Patients in the study had an advanced stage of non-squamous non-small-cell lung cancer. The immune-activating drug was a checkpoint inhibitor called pembrolizumab, or Keytruda, made by Merck, which paid for the study. The chemotherapy was a drug called pemetrexed, plus either carboplatin or cisplatin.

Dr. Gandhi said chemotherapy alone had only a “modest benefit,” and could add only a few months of life, with most patients surviving about a year or less. The combination treatment is a significant improvement, she said. It is already approved as a first-line treatment for this disease, so it should be covered by health insurers.

She was scheduled to present the results on Monday in Chicago at a meeting of the American Association for Cancer Research, and they were also published in The New England Journal of Medicine.

Other studies presented at the meeting also highlighted advances in immunotherapy against lung cancer, but were at earlier points in the research and less likely to bring about immediate changes in medical practice.

“If you want to see long-term survival, you’ve got to give immunotherapy as soon as possible,” Dr. Herbst said. “Chemotherapy has limitations. Immunotherapy has the ability to cure. I lead the Yale lung team. We have patients on these immunotherapies alive more than eight years.”

Other studies in lung cancer have involved another checkpoint inhibitor, nivolumab, or Opdivo (made by Bristol-Myers Squibb), which works in a similar way to pembrolizumab. The data are not conclusive, but Dr. Herbst said, “In lung cancer, my suspicion is these drugs are the same, like Coke vs. Pepsi.”

Most patients stay on the drugs for two years, he said. One Yale patient who has survived for eight years took the drug for two years and has remained well ever since. Another had to stop because of side effects after only two or three months, but is still well two years later.

Dr. Herbst offered several theories about why chemotherapy and immunotherapy could work well together. He said that tumor cells were like bags of hidden proteins that, if exposed, the immune system could use as targets to find and attack cancer. By killing some tumor cells, chemotherapy could pop open the bags, release the contents and help immune cells — unleashed by the checkpoint drugs — to identify their prey. It is also possible, he said, that chemotherapy may kill some immune cells that interfere with the cancer-killing action of other parts of the immune system.

Dr. Gandhi’s study included 616 patients with advanced lung cancer, from medical centers in 16 countries. Their tumors lacked certain mutations that would have made them eligible for other, so-called “targeted” treatments. They were picked at random to receive either chemotherapy plus immunotherapy, or chemotherapy plus a placebo, with two thirds receiving the combination that included immunotherapy.

But patients in the immunotherapy group had more kidney problems, more immune-related adverse events and were more likely to stop treatment because of side effects.

The estimated survival at 12 months was 69.2 percent in the group that received immunotherapy, and 49.4 percent in those who did not.

“I think we were all surprised at the magnitude of benefit and how clear the difference was at an early analysis, and that we could tell there was an overall survival difference,” Dr. Gandhi said, adding that there was “a lot of excitement” at the conference about her study and several others involving immunotherapy.

“It represents a sea change in the way we think about treating lung cancer,” she said. “All of it is better than what we’ve been using for years. Going forward, it will only get better.”

Patients were tested for a biomarker used to predict whether pembrolizumab is likely to help them. The drug alone is already approved to treat patients with high levels of those markers. But this study included patients with varying levels. Those with high levels of the marker fared somewhat better with immunotherapy than those with low levels — but even those with low levels were helped.

“The data are impressive,” Dr. Herbst said. “We’re making progress, but still only benefiting 30 to 40 percent of patients. There’s a lot more room to do better. We have to keep looking for new things and new approaches.”