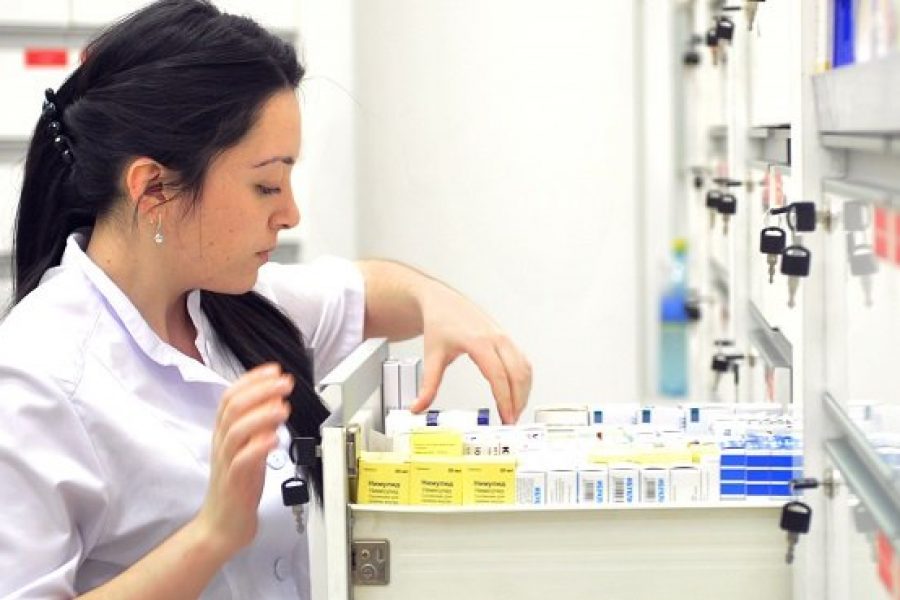 With Russia reshaping its pharmaceutical sector as part of the Pharma2020 concept, Indian drug manufacturers and exporters are searching for new ways to expand their business.

Russia’s $6 billion pharmaceutical programme Pharma2020, which aims to develop the country’s healthcare and pharmaceutical industry through supporting local drug manufacturers, would like to increase the share of domestically produced drugs to 50 percent by 2020 from 20 percent in 2007. For Indian drug manufacturers and exporters, the time has come to follow the strategy of global pharma giants like Novartis, AstraZeneca, Takeda, Novo Nordisk and Teva, who are all successfully implementing their localisation projects.

“The share of imported pharmaceuticals in Russian market in 2012 accounted for about 73.1 percent in cash value while in volume terms it was about 35.9 percent,” says Nickolay Bespalov, Director of Pharmexpert Analytics and Consulting. “The share of locally made medicines has been increasing for the past two years as the result of new government’s strategy.”

Dmitrij Raspopov, analyst with Frost & Sullivan, estimates the Russian pharmaceutical market to be worth $24.9 billion in 2012. He expects about 9.5 percent growth in next two years.  Indian companies, according to various estimations, account for not more than 2-3 per cent of the Russian market dominated by MNCs. Providing that the market is going to triple in next decade and rise up to $75 billion by 2020, as Cegedim Relationship Management predicts, Indian companies still have vast opportunities to grow their business in Russia.

Industry experts note that the complex pharmaceutical market of Russia  is becoming  even more challenging following the introduction of new healthcare laws  and regulations, including the major Federal Law “On Fundamentals  of Citizens’ Healthcare Protection in the Russian Federation.”

The main idea of new regulation is to move towards the modernisation of the health service through decentralisation and the empowerment of Russia’s regions to make decisions regarding reimbursement and treatment protocols and defining Essential Drug Lists (EDL). New laws also impose fairly strict rules on the interaction between the pharmaceutical companies and healthcare professionals in order to minimize the risk of corruption while promoting and prescribing drugs.

Moreover, new laws require any production of pharmaceuticals to satisfy the Good Manufacturing Practice (GMP) standards from 2014, making it essential for both local and global drug makers to ensure that manufacturing on their production facilities complies with GMP.

“While considering localisation of manufacturing in Russia many international pharmaceutical companies pay attention to clarify whether their manufacturing arrangements would be sufficient to recognise a product as local,” says Andrey Odabashian, Senior Associate, Legal Services, PwC Russia.“This issue may have even more importance given that currently Russian authorities consider the possibility not just to establish price preferences but to restrict admission of foreign products for public procurements if there are similar products of at list two local (Russian or Belorussian) manufacturers registered in Russia.”

Indian companies are quite active in announcing their localisation projects in Russia, but most of the projects do not progress beyond MOUs.  In February 2013, Gujarat-based Cadila Pvt. Ltd. signed an MOU with the Government of Astrakhan region in southeast Russia. When contacted by RIR, top-managers of Cadila Pharmaceuticals could not provide any information on the project while the Government of Astrakhan spokesperson said the details of the project could not be exposed under confidentiality clauses.

According to the Astrakhan government press department, Cadila Pharmaceuticals would like to buy20 hectares of land with basic infrastructure. The company was offered five areas for realisation of their investment plans. An Indian delegation led by Gujarat chief minister Narendra Modi visited three of them in the Privolzhsky, Narimanovsky and Kamizuakskiy regions.

Another Gujarat-based company Elder Pharmaceuticals established a joint venture with Russian Holding PharmEco in December 2012 aiming to set up facilities for pharmaceutical formulation/API manufacturing under Russia’s Pharma2020 programme. The MOU was signed during the visit of Russian President Vladimir Putin to India for 13th annual Indo-Russian bilateral summit.

In September 2011, another Indian API and formulations manufacturer, Aurobindo Pharma Limited announced a joint venture with Moscow-based OJSC DIOD, a Russian manufacturer of ecological healthcare equipment and nutrition supplements. The JV planned to set up a manufacturing of generics in Podolsk, Moscow region. DIOD refused to comment for this story while the spokesperson of Aurobindo Pharma told RIR there had been no developments on the project since the MOU was signed.

Shantanu Kumar Singh, Director and CFO at Taj Pharma Group, which has had a presence in Russia since the 1990s, believes there are many other threats to foreign players apart from the Russian Government’s interest to boost the domestic manufacturing industry. “Some of the legislation threats can be ‘traded off’ with the immediate gains of the market share till the time domestic manufactures upgrade their plants. However, in the long term the market share will shift to local manufactures with government incentives and subsidies,” Singh says. He recommends Indian companies take cautioned steps while exposing the market and be equipped with a contingency plan. Singh adds that Taj Pharma does not plan to set up any manufacturing units or R&D facilities until the effects of Pharma2020 become more apparent.

Nikolai Bespalov of Pharmexpert  believes one should not see the Pharma2020 strategy as a threat. “It is rather an opportunity for further development of the business. It should be clear that the strategy aims to develop local manufacturing, at the same time but the market is not shutting for the foreign companies. There are still enough opportunities to get government’s preferences while localising manufacturing in Russia.  And localising itself does not mean only building a new plant – there can be many variants including production on contract basis or JV or licensing agreements,” Bespalov says.

Among Indian drug manufacturers that are considering such localisation opportunities are Dr Reddy’s Laboratories, one of the largest Indian exporters in the Russian market, Glenmark with its Russian subsidiary Glenmark Impex and Ranbaxy Laboratories Ltd, which is discovering opportunities in Yaroslavl’s pharmaceutical cluster.

Moscow-based Advanced Trading Ltd., the supplier of Indian Macleods Pharmaceuticals Ltd, which manufactures anti-tuberculosis drugs, was looking forward to establishing a manufacturing unit in the Moscow region. Instead the company found a 4 hectare plot in Belgorod. The new plant, which involves almost $25 million in investments, will be launched in 2016 creating about 160 jobs.

Under the Pharma2020 strategy, manufacturing of Indian generic drugs in the Moscow region was named as a priority of Russia-India cooperation. Considering that registering medicines manufactured outside Russia is becoming an increasingly expensive procedure and that the overall Pharma2020 strategy intends to support local manufacturers, the production of Indian generics in Russia would be a safe step to preserve the market share. However, it may increase the price of Indian generics as the labour and energy costs along with rental rates are much higher in Russia than in India leaving aside the stricter standards of ecological control. That could affect the price-competitiveness of Indian generics, some experts fear.