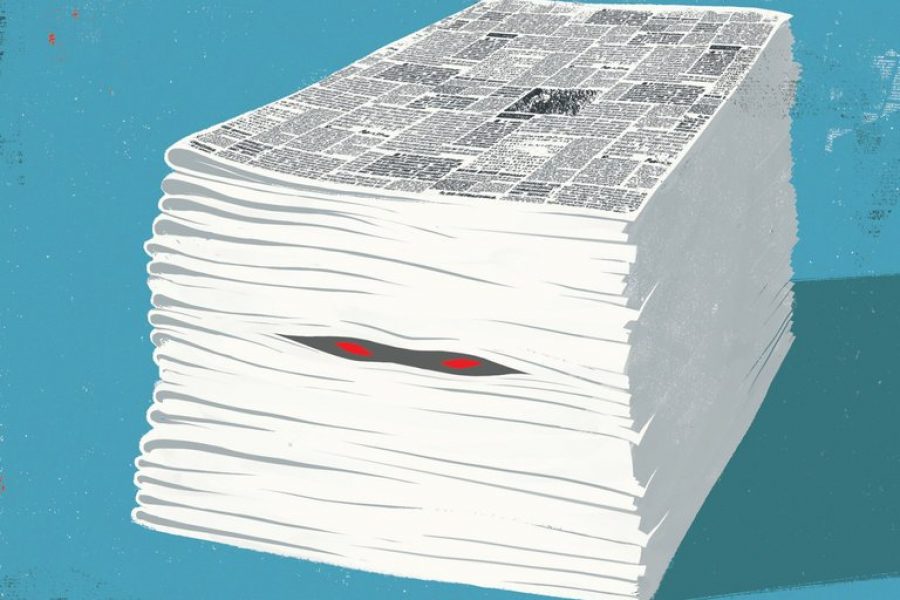 Fake news evolved from seedy internet sideshow to serious electoral threat so quickly that behavioral scientists had little time to answer basic questions about it, like who was reading what, how much real news they also consumed and whether targeted fact-checking efforts ever hit a target.

Sure, surveys abound, asking people what they remember reading. But these are only as precise as the respondents’ shifty recollections and subject to a malleable definition of “fake.” The term “fake news” itself has evolved into an all-purpose smear, used by politicians and the president to deride journalism they don’t like.

But now the first hard data on fake-news consumption has arrived. Researchers last week posted an analysis of the browsing histories of thousands of adults during the run-up to the 2016 election — a real-time picture of who viewed which fake stories, and what real news those people were seeing at the same time.

The reach of fake news was wide indeed, the study found, yet also shallow. One in four Americans saw at least one false story, but even the most eager fake-news readers — deeply conservative supporters of President Trump — consumed far more of the real kind, from newspaper and network websites and other digital sources.

While the research can’t settle the question of whether misinformation was pivotal in the 2016 election, the findings give the public and researchers the first solid guide to asking how its influence may have played out. That question will become increasingly important as online giants like Facebook and Google turn to shielding their users from influence by Russian operatives and other online malefactors.

“There’s been a lot of speculation about the effect of fake news and a lot of numbers thrown around out of context, which get people exercised,” said Duncan Watts, a research scientist at Microsoft who has argued that misinformation had a negligible effect on the election results. “What’s nice about this paper is that it focuses on the actual consumers themselves.”

In the new study, a trio of political scientists — Brendan Nyhan of Dartmouth College (a regular contributor to The Times’s Upshot), Andrew Guess of Princeton University and Jason Reifler of the University of Exeter — analyzed web traffic data gathered from a representative sample of 2,525 Americans who consented to have their online activity monitored anonymously by the survey and analytic firm YouGov.

The data included website visits made in the weeks before and after the 2016 election, and a measure of political partisanship based on overall browsing habits. (The vast majority of participants favored Mr. Trump or Hillary Clinton.)

The team defined a visited website as fake news if it posted at least two demonstrably false stories, as defined by economists Hunt Allcott and Matthew Gentzkow in research published last year. On 289 such sites, about 80 percent of bogus articles supported Mr. Trump.

The online behavior of the participants was expected in some ways, but surprising in others. Consumption broke down along partisan lines: the most conservative 10 percent of the sample accounted for about 65 percent of visits to fake news sites.

Pro-Trump users were about three times more likely to visit fake news sites supporting their candidate than Clinton partisans were to visit bogus sites promoting her.

Still, false stories were a small fraction of the participants’ overall news diet, regardless of political preference: just 1 percent among Clinton supporters, and 6 percent among those pulling for Mr. Trump. Even conservative partisans viewed just five fake news articles, on average, over more than five weeks.

There was no way to determine from the data how much, or whether, people believed what they saw on these sites. But many of these were patently absurd, like one accusing Mrs. Clinton of a “Sudden Move of $1.8 Billion to Qatar Central Bank,” or a piece headlined “Video Showing Bill Clinton With a 13-Year-Old Plunges Race Into Chaos.”

“For all the hype about fake news, it’s important to recognize that it reached only a subset of Americans, and most of the ones it was reaching already were intense partisans,” Dr. Nyhan said.

“They were also voracious consumers of hard news,” he added. “These are people intensely engaged in politics who follow it closely.”

Given the ratio of truth to fiction, Dr. Watts said, fake news paled in influence beside mainstream news coverage, particularly stories about Mrs. Clinton and her use of a private email server as secretary of state. Coverage of that topic appeared repeatedly and prominently in venues like The New York Times and the Washington Post.

The new study does not rule out the possibility that fake news affected the elections, said David Rand, an associate professor of psychology, economics and management at Yale University.

One interpretation of that finding, Dr. Rand said, may be that older, less educated voters who switched from Obama in 2012 to Trump in 2016 were particularly susceptible to fake news.

“You can see where this might have had an impact in some of those close swing states, like Wisconsin,” Dr. Rand said. “But this of course is a matter of conjecture, reasoning backward from the findings.”

The study found that Facebook was by far the platform through which people most often navigated to a fake news site. Last year, in response to criticism, the company began flagging stories on its site that third-party fact-checkers found to make false claims with a red label saying “disputed.”

Most people in the new study encountered at least some of these labels, but “we saw no instances of people reading a fake news article and a fact-check of that specific article,” Dr. Nyhan said. “The fact-checking websites have a targeting problem.”

In December, Facebook announced a change to its monitoring approach. Instead of labeling false stories, Facebook will surface the fact-checks along with the fake story in the user’s news feed.