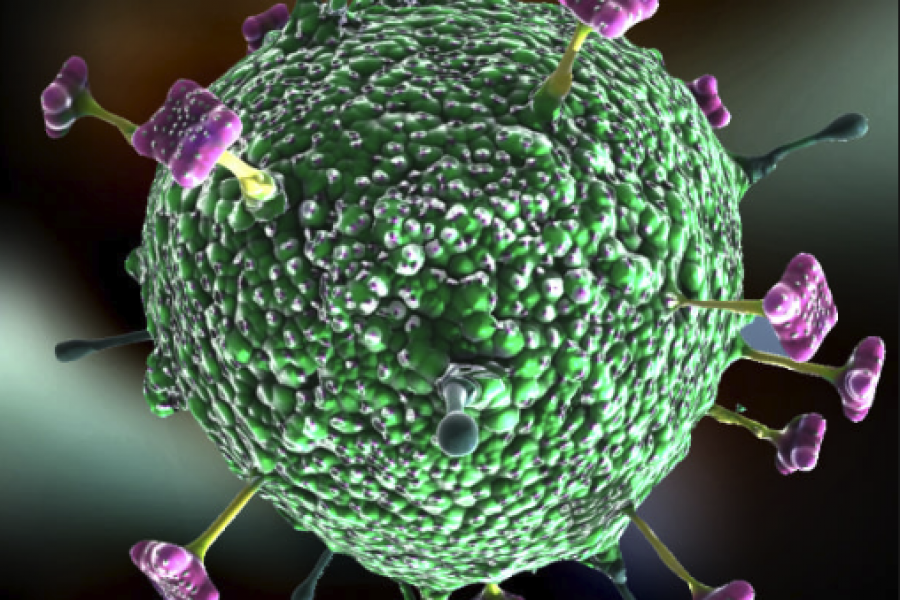 According to news reports, at least five people have died and many more are battling  the deadly Nipah virus (NiV) infection. The Kerala Health Government is on a high alert following deaths. This is the third outbreak in India, since 2001 and 2007.

What is Nipah virus?

Nipah virus infection is a zoonotic disease (caused by animals), which can be caused by direct contact with infected animals.

Where did Nipah virus come from?

The virus was first identified during an outbreak in Malaysia in 1998. At the time, pigs were the intermediate hosts from which the virus was transmitted to humans. During the outbreak in Bangladesh in 2004, humans were infected with NiV after consuming date palm sap which was contaminated by infected fruit bats.

How is it transmitted?

The natural host of the virus are fruit bats of the Pteropodidae Family, Pteropus genus. NiV is also capable of causing disease in pigs and other domestic animals. It can also spread through food/water contaminated by infected animals. There are reports of human-to-human infection, however there is not much research about the same.

Who is at risk?

People at high risk of getting infected with NiV include:

How is it diagnosed and treated? 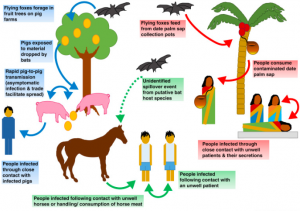 The rate of fatality is extremely high, which is why it is regarded as a deadly disease. It was reported to be around 40% in the Malaysian outbreaks but in Bangladesh and India, it was as high as 75%. Here’s what you need to know:

Symptoms: The symptoms of NiV infection range from asymptomatic infection to acute respiratory syndrome and fatal encephalitis depending on the organ affected.

-Around 40% patients show respiratory symptoms and more than 50% report nervous dysfunction and low level of consciousness.

-In some cases, neck rigidity and photophobia (light sensitivity) are also seen.

-In extreme cases, the symptoms can result in coma in 24-28 hours.

Incubation period: Once exposed to the virus, it might take anywhere between 4 – 15 days for the symptoms to appear, which is known as the incubation period.

Diagnosis: The virus can be detected in blood of an infected person. Hence, blood tests such as ELISA (enzyme linked immunosorbent assay) and PCR (polymerase chain reaction) along with virus isolation tests and nucleic acid amplification tests are used to confirm the presence of the virus in blood. However, if the brain is affected, then lumbar puncture is advised for diagnosis.

Vaccine: There is no vaccine for NiV either for humans or animals.

Take care of your respiratory health with healthcare products

Can it be prevented?

Yes. Nipah virus infection can be prevented by following these measures:

-Avoid exposure to sick pigs and bats in endemic areas.

-Do not drink toddy or raw fruit juices.

-Stay away from pigs and pig handlers.

-Consume only home cooked food and wash and cook all fruits and vegetables properly.

-Use masks such as N95 mask while travelling or working in public places.

Go to a nearest hospital immediately if you experience any symptoms of NiV infection.