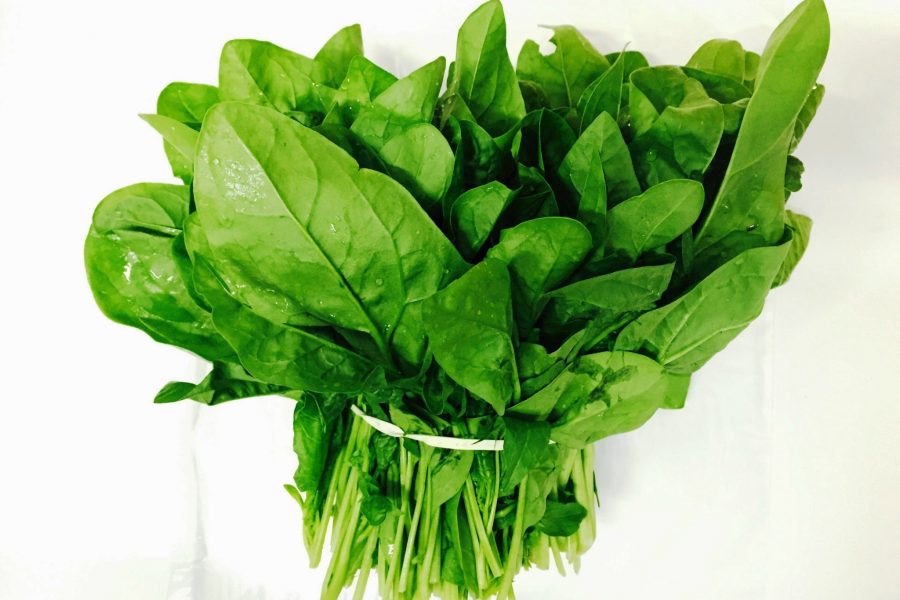 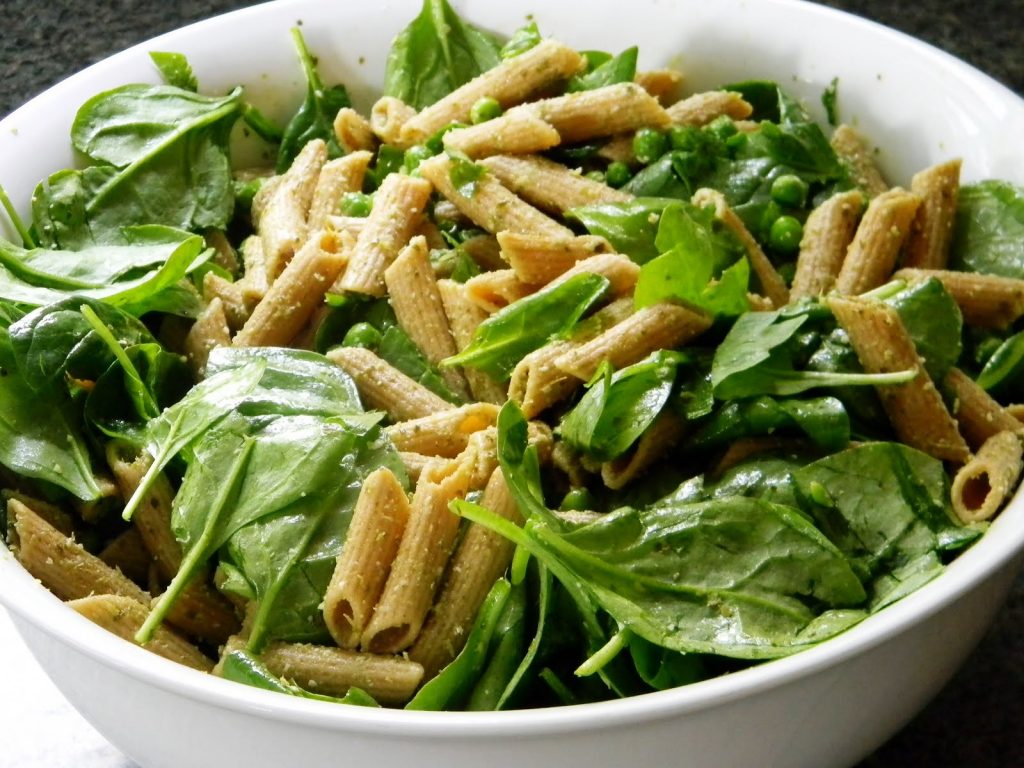 The health benefits of spinach include skin care, improved eyesight, regulated blood pressure, stronger muscles, and prevention of age-related macular degeneration (AMD) and hemophilia. It is also good for treating cataracts, atherosclerosis, heart attacks, and neurological disorders. It helps in bone mineralization and exerts anti-ulcerative and anti-cancerous benefits. Aside from all this, it aids in the healthy fetal development and growth of infants.

Spinach is a member of the Amaranthaceae family and its scientific name is Spinacia oleracea. It is a green, leafy vegetable that is cheap and affordable for everyone. It is a rich source of minerals, vitamins, pigments, and phytonutrients. All of these together make spinach very beneficial for a number of vital processes. Due to the vast range [1] of benefits from this vegetable, it is advisable to consume spinach on a regular basis. One of the biggest reasons why spinach is so important and valued around the world is that it is very durable. It can even survive through the winter and be just as healthy in the spring.

Spinach can be eaten raw as a part of many salads, and it can also be cooked or sauteed down into a reduced form. This can be eaten as a side dish vegetable or added in a number of recipes for soups, stews, and casseroles. It is native to the Middle East and was cultivated in Persia thousands of years ago. From there, it was brought into China, approximately 1,500 years ago. It made its way into Europe a few hundred years later and quickly became a staple in a number of cultural cuisines.

The various health benefits of spinach are due to the presence of minerals, vitamins, pigments, and phytonutrients, including [2] potassium, manganese, zinc, magnesium, iron, and calcium. Spinach is a green vegetable which has a very wide distribution. It can be grown as a backyard crop or bought from the market at affordable prices. It is a source of vitamins like folate, niacin, vitamin A, vitamin B6, vitamin C, vitamin K, and contains traces of the rest of the essential vitamins.

Other important elements, including thiamine and riboflavin, which are used in various reactions in our body, are also found in spinach. Spinach is also rich in pigments like beta-carotene, lutein, xanthene, and chlorophyllin. The best part is that spinach has a low-fat content. Spinach offers a wide range of benefits to most of our physiological processes, whether consumed in raw or cooked form.

Spinach has many important roles to play in maintaining a healthy body; the various health benefits of spinach include the following:

Spinach is a rich source [3] of beta-carotene, lutein, and xanthene, all of which are beneficial for eyesight. Beta-carotene is supplied to the eyes by cooked spinach. It can prevent vitamin A deficiencies, itching eyes, eye ulcers, and dry eyes. This is also due to some of the anti-inflammatory properties of spinach, which can reduce the puffiness or irritation in the eyes.

AMD or Retinitis pigmentosa is responsible for causing blindness, which is due to the degeneration of lutein and xanthene that are a central part of the retina. According to research conducted by the Oak Ridge National Laboratory [4], consumption of spinach can result in regaining two vital pigments and effectively preventing AMD. Spinach also contains a wealth of antioxidants that reduce the harmful effects of free radicals, which are known to negatively impact vision and cause age-related conditions like glaucoma and macular degeneration as well.

Several components of spinach like potassium, folate, and various antioxidants are known [5]to provide neurological benefits to people who regularly consume it. According to Neurology, folate reduces [6] the occurrence of Alzheimer’s disease, so spinach is a very good idea for people who are at high risk of neural or cognitive decline. Potassium is an integral part of brain health as well, and it has been linked to increased blood flow to the brain and heightened cognition, concentration, and neural activity.

Vitamin K-rich spinach helps in blood clotting by producing prothrombin and it thus, treats hemophilia. It is great for controlling excessive bleeding and it also keeps the liver functioning by stimulating the production of glycogen.

Spinach has a very high content of potassium and a low content of sodium. This composition of minerals is very beneficial for high blood pressure patients as potassium lowers and sodium raises the blood pressure. The folate present in spinach also contributes to the reduction of hypertension and relaxes blood vessels, while maintaining proper blood flow. By reducing [7] blood pressure and relaxing the tension of vessels and arteries, you can reduce stress on the cardiovascular system and increase oxygenation to the body’s organ systems for optimal functionality.

Factor C0-Q10, which is an antioxidant present in spinach, plays an important role in strengthening muscles, especially heart muscles which continuously pump blood to all parts of the body. According to the Journal of Cardiovascular Nursing [8], C0-Q10 can be used to prevent and treat many cardiovascular diseases like hyperlipidemia, heart failure, hypertension and coronary heart disease.

Spinach is a good source of Vitamin K, which functions in retaining calcium in the bone matrix, thereby leading to bone mineralization. Apart from this, other minerals like manganese, copper, magnesium, zinc, and phosphorus also help in building up strong bones. This, in turn, can prevent an individual from developing [9]osteoporosis. These minerals are also essential for maintaining healthy teeth and nails.

The lutein and zeaxanthin present in spinach both act as strong antioxidants, thus preventing the eyes from the harsh effects of UV rays that can lead to cataracts. They also reduce the impact of free radicals, which can be a major cause of cataracts and other eye conditions. [10]

There is a reason why doctors recommend adding spinach in a significant way to your diet. The amount of protein found in spinach is impressive for any vegetable, and they are easily broken down by enzymes into amino acids that are essential to humans. The re-formed mammal proteins aid in muscle development and growth. They also increase our body’s ability to heal wounds and provide a boost to our entire metabolism, encouraging all of our organs to function at their optimal level. Also, a recent study suggests that Thylakoid found in spinach can curb cravings and hunger which can further help in weight loss.

It has been found that spinach and some other vegetables have the ability to protect the mucous membrane of the stomach, thereby decreasing the occurrence [11] of gastric ulcers. Furthermore, the glycoglycerolipids found in spinach can boost the strength of the digestive tract lining, thereby preventing any unwanted inflammation in that part of the body.

Atherosclerosis is caused due to the hardening of the arteries. A pigment called lutein that is found in spinach has been shown to reduce the occurrence of atherosclerosis [12], heart attacks, and strokes. This is due to the fact that spinach proteins tend to reduce the cholesterol and other fat deposits in the blood vessels.

Folate found in spinach is needed by a growing fetus for proper development of its new nervous system. Defects like cleft palate or spina bifida may occur due to a deficiency of folate [13]. The vitamin A contained in spinach is advised to be consumed in higher quantities by the mother. Vitamin A is required for lung development of the fetus as well and can be transferred during breastfeeding, so spinach consumption should be continued after birth as well.

There are many anti-inflammatory compounds found in spinach; more than a dozen, in fact. They are classified into the category of methylenedioxy flavonoid glucuronides, and spinach is one of the most powerful vegetables when it comes to reducing inflammation throughout the body. This not only means protecting the heart from dangerous inflammation and preventing cancer but also reducing the inflammation and pain associated with conditions like arthritis and gout, which afflict millions of people around the world.

Spinach is made up of various important constituents that have been found to be promising in the treatment and prevention of various [14] kinds of cancer. These include bladder, prostate, liver and lung cancers. Different constituents in spinach like folate, tocopherol, and chlorophyllin act via different mechanisms to treat and protect patients suffering from cancer.

Recent studies have revealed that spinach is very effective against aggressive prostate cancer, and this has been linked to epoxyxanthophylls, which are unique carotenoids, along with neoxanthin and violaxanthin that directly reduce tumorous activity [15] and the spread of cancer throughout the body.

Different phytonutrients and pigments have been shown to protect the skin from the harmful rays of the sun, including UV rays [16]. These not only protect but also repair the damaged genes to some extent, thereby preventing skin cancer in the long run.

‘Popeye, the Sailor Man’ is known for his obsession with spinach. The cartoon was deliberately aimed to convince children to eat spinach and get strong. Infants are advised to be fed spinach, which will give them protein, vitamins, minerals, and phytonutrients. These nutrients result in proportionate development in their essential growing stages.